For Canadians who are new to patents: 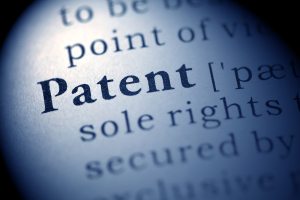 Basic information about US patents, Canadian patents, and patents around the world.

A patent is a statutory monopoly: a patent confers on the patent owner the exclusive right to make, use and sell the invention claimed in the patent.

Patents are a form of protection for ‘inventions’. Patents are not used for to protect brands, logos or slogans (trademarks do that), nor are patents used to protect written works (copyrights do that). You do not need to patent an invention – but if you do not, you cannot expect any exclusivity or monopoly right to exploit your invention. Only the inventor(s) can apply to patent an invention – you cannot patent someone else’s invention. An alternative to patent protection is ‘trade secret’ protection – instead of disclosing the invention (as is required for a patent) you try to keep it secret. Trade secret protection can be very cost-effective and can last indefinitely, but once the secret is out, the protection is completely lost, and, trade secret protection gives you no rights as against third parties who discover the same invention independently whereas patents do.

The concept of ‘disclosure to the public’ of an invention is very important in patent law. You cannot patent an invention that has been disclosed by someone else anywhere in the world. Prior disclosures, whether in patent applications or otherwise (including scientific papers, websites, etc.) are known as ‘the prior art’. Equally, disclosure by you of your invention to the public will have a dramatic impact on where you may apply for patents and when. Most countries of the world apply an ‘absolute novelty’ standard: if you have disclosed the invention, then you may not subsequently apply for a patent. Canada and the United States have a 12 month grace period: if you are the inventor, and you disclose the invention, you may still apply for a patent for up to 12 months after you first disclosure.

A patent is a right granted by the government of a country, and thus there is no such thing as a ‘worldwide’ patent. A patent must be applied for and obtained in each country separately. A Canadian can file for a patent in most other countries in the world (eg. the United States), although generally your initial PCT filing must be made in the country where the inventor holds citizenship. Generally, our clients start by filing a US provisional patent, and then replace this before the end of 12 months with either patents filed directly in a few countries (eg. Canada and the US), or, a PCT patent filing which defers the ‘national entry’ issue until month 30.

Most patents last for a maximum of 20 years from the date of first filing. This period can sometimes be extended to 21 years by skillful use of a provisional patent filing in the United States as the very first patent filing. A patent cannot be renewed or extended beyond this term.

Once a patent has lapsed or expired the invention is ‘in the public domain’ and can be used by anyone.

Failure to patent in a country:

Components of a patent:

The key part of a patent is the “claims”. The monopoly granted by the government is restricted to the scope of the invention claimed in the allowed claims. The other parts of a patent application are the disclosure, and the summary. While they are necessary and take up the bulk of the patent document, they do not determine the legal rights of the patentee – only the claims do.

The inventor is the individual (or individuals) who made the invention disclosed in the patent and includes anyone who made a substantial contribution to the claimed invention. More information on who is and who is not an inventor and the importance of getting this disclosure correct can be found here.

In order to be patentable, the invention claimed in a patent application must be ‘novel’. It cannot have been previously disclosed in the prior art. In Canada and the United States, there is a 12 month grace period during which inventions which have been previously disclosed by the inventor may be patentable by the inventor; many other countries of the world are ‘absolute novelty’ jursdisctions and do not have a similar grace period.

In order to be patentable, the invention claimed in a patent application must not be ‘obvious’ to a person of ordinary skill in the art. Incremental steps from what has been done previously which are ‘obvious to try’ are not patentable.

Normally, determining who is the first owner of patent rights (ie. has the right to be the applicant) is a matter of provincial law, with employment law, the fiduciary duties of officers and directors, and contract law for independent contractors determining ownership. In Canada, understanding patent ownership requires understanding both patent law and applicable provincial laws, including corporate law, employment law, fiduciary (trust) law, and on occasion, family law. More discussion of patent ownership and the rights and duties of directors, officers and independent contractors can be found here.

A change of ownership of a patent is documented by an ‘assignment’. Patent assignments must be recorded on the patent register, in order to notify all third parties of the change of ownership. In Canada for patent law purposes, a patent assignment must be signed by the assignee and a witness, but does not need to be notarized. Often, parties attempt to sign one assignment that will be valid in all jurisdictions around the world where a patent may be applied for, although because of different national laws about assignments, accomplishing this efficiently can be a considerable challenge.

In Canada, the individuals who are licensed to represent patent applicants and owners before the ‘the patent office’ (CIPO) are properly known as ‘patent agents’. CIPO does not recognize a ‘patent attorney’ designation. Many patent agents are also lawyers but the two designations are not related and lawyers have no special rights to represent clients in patent proceedings (other than litigation). Patent agents are not necessarily licensed to practice law – in Canada in court proceedings (litigation) individuals and corporations are represented by lawyers (not commonly called ‘attorneys’ in Canada), and not by ‘agents’. Issues of patent ownership, whether there is a dispute or not (including buying, selling, and licensing patents as well as employment and fiduciary duties), are generally dealt with by lawyers. There is no formal or official designation of ‘patent lawyers’ or ‘patent attorneys’ in Canada, but presumably they are lawyers who are often involved in patent related matters – either as patent agents, or as lawyers in litigation or in ownership issues.

The PCT establishes a mechanism to file the same patent in most countries of the world. Generally, you must file you initial PCT application in the country where you hold citizenship. This process permits you to defer the cost of ‘national filings’, while preserving your right to file in the various countries. At ‘month 30′, you can file applications around the world (month 31 in some countries) – and it is at this time that you incur the cost of ‘national entry’.

There are a number of different types of patent searches, designed to achieve different objectives. There are searches ‘for a patent’ or ‘patent application’ designed to find a pending application or issued patent (usually owned by someone else). There are ‘patentability searches’ which commonly involve searching patent databases to see if an invention (or similar inventions) has been described or disclosed in previous patent applications. Broader (and better) patentability searches involve searching as wide a scope of ‘prior art’ as possible, and are not restricted to searching just publicly available databases of existing patents and patent applications (as many prior art disclosures (perhaps most) are not patents).

Whether an invention is ‘patentable’, usually having regard especially to novelty and non-obviousness.

All prior knowledge and disclosures in the field of the invention, whether patented or not, anywhere in the world. Can include scientific papers, general knowledge, the non-secret activities of competitors – essentially, all information anywhere in the world that is available to the public immediately prior to the date of a patent application, and thus crucial in circumscribing what is patentable when the application is filed on the basis of both novelty and obviousness.